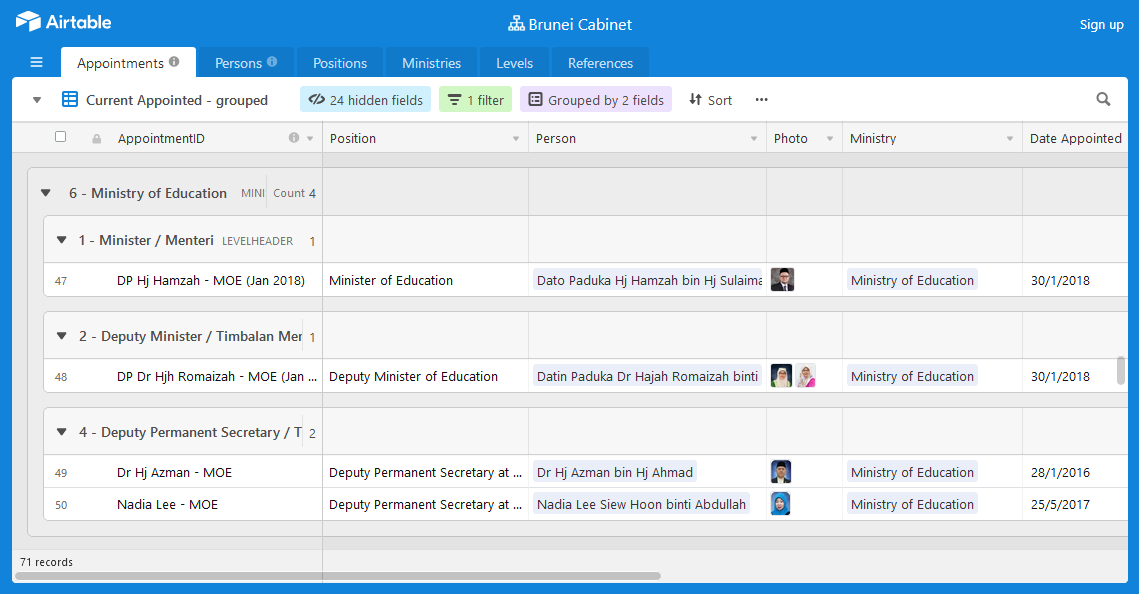 The database is also viewable on Airtable Universe, a showcase of Airtable databases and templates, as Brunei Ministers and Permanent Secretaries :) 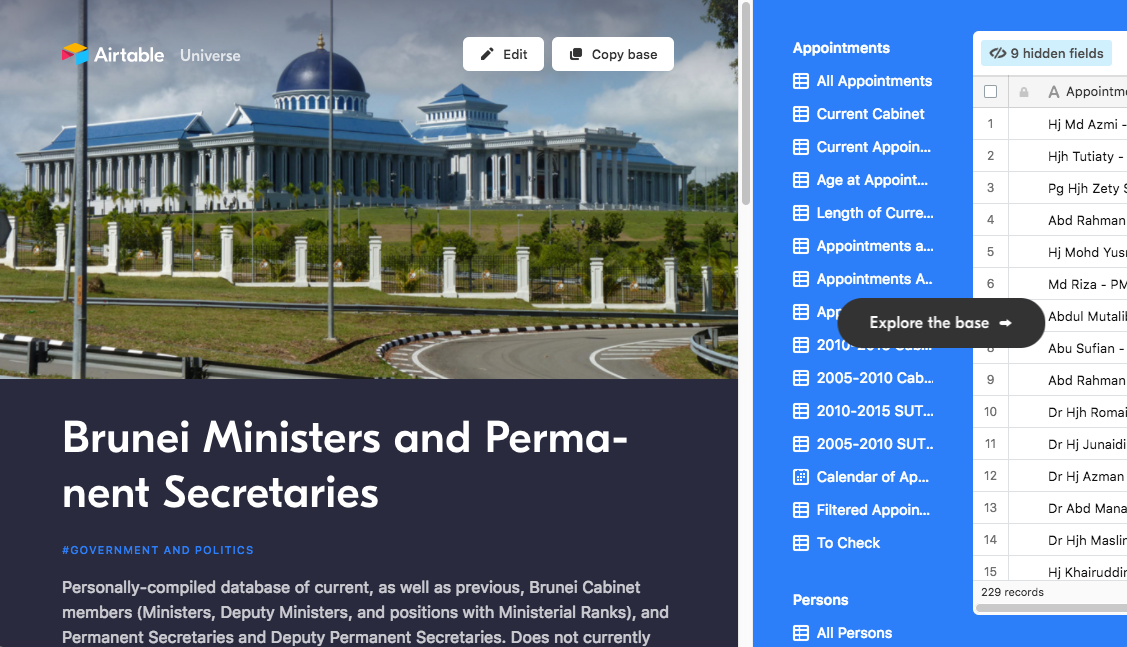 Note: For those new to the database format, this version may be friendlier as it contains a description alongside the database. Please note though, it is a copy and may not be up-to-date.

Does not currently include Legislative Council members - I am considering this.

Not a Feature: Titles & Hierarchies

Apologies that the titles of individuals * may not be shown correctly. This is not meant to offend, it's to make the database simpler to manage.

* - As of Jan 2018, Ministry hierarchy has been added (and is hopefully working)

You can view the Current Cabinet:

View Gallery Cabinet Ministers only
View List All including PermSecs

The database is meant to be a reference to current and past appointments. Other than that, I also thought it would be useful to have certain kinds of information (i.e. database views/queries) about Brunei senior government appointments, such as...

If you'd like to help contribute, I'd greatly appreciate it! (Crowdsourcing is A++, guys)

To keep track of 'who replaced who' in the 2015 Brunei Cabinet reshuffle, I started a spreadsheet on Google Sheets. I ended up also tracking appointments of Permanent Secretaries and their Deputies. The further back I dug, the larger the spreadsheet became.

The spreadsheet got unwieldy, so when I discovered Airtable, I experimented with the data in a database format. I liked it so much that I ended up transferring it over from the spreadsheet to the database. (Databases are a lot of fun.)

It's worth mentioning that although SiapaKedia by BAG Networks was not a direct inspiration for this project, I had used it occasionally as a resource for checking appointments and "who's who" of senior government officials. It was pretty thorough!

When I created my spreadsheet, SiapaKedia had already started to be inactive. I decided to make my spreadsheet that would fit my specific interest, i.e. a resource that would show me who had been transferred, promoted, and so on.

Updates to the database are now posted here on my project status database.

Previous updates and posts on my Tumblr: